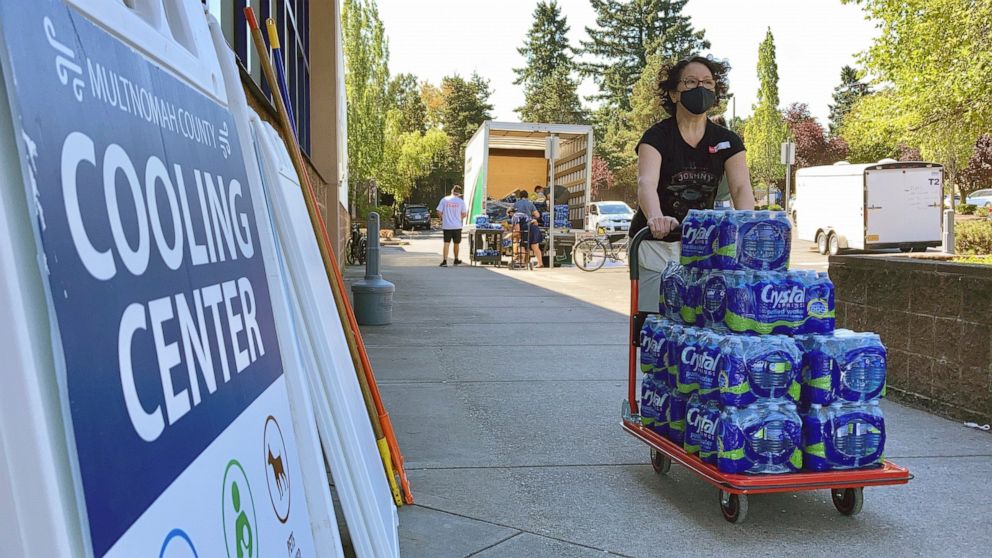 They spent their days seeking relief from the record-smashing temperatures in grocery stores and college classrooms. At night the housemates slept downstairs on the floor next to fans blowing over bowls of ice.

“No matter how much water we drank or how many different attempts we made to stay cool, we were still extremely worried about our physical health and safety,” O’Neil said in a written testimony to the Oregon Legislature. “While none of us had to go to the hospital due to heat exhaustion or heat stroke, many other Oregonians were not this lucky.”

The measures would provide millions in funding for cooling systems and weather shelters during future extreme weather events.

An initial scientific analysis by World Weather Attribution found that the deadly heat wave would have been virtually impossible without human-caused climate change that added a few extra degrees to the record-smashing temperatures.

In the western portion of the Pacific Northwest summers are usually mild and air conditioning units are not as common as they are in other parts of the country.

Nationwide, about 91% of US homes have primary air conditioning installed, according to data from the US Census Bureau’s 2019 American Housing Survey. By comparison, that figure was 78% for Portland and just 44% for Seattle.

“Most people who passed away had no access to lifesaving cooling devices such as air conditioning or heating and cooling pumps in their homes,” Oriana Magnera, a manager with the environmental justice nonprofit Verde, said to Oregon lawmakers during a public hearing during the ongoing legislative session last week.

The first of Oregon’s two proposed heat relief bills, both of which have received bipartisan support, would direct $5 million to the Oregon Health Authority to create an emergency distribution program that would deliver air conditioners and air filters to low-income families. It would also allocate $10 million to create an incentive program to make it easier for vulnerable households to purchase energy-efficient heat pump cooling systems.

In addition, the bill directs the Oregon Public Utility Commission to find ways of “alleviating spikes” in energy bills during extreme weather events.

During the heat wave, hospital emergency department visits for heat illness surged to more than 30 times above normal levels in Multnomah County — home to Portland.

Despite this, county officials received reports from residents who opted not to operate air conditioning units due to worry about the additional cost.

“As the frequency and severity of extreme weather increases, fear of bill spikes should not prevent people from relying on the energy they need to stay safe in place,” said John Wasiutynski, the director of the Multnomah County Office of Sustainability Director.

In Washington, lawmakers are exploring a bill that would expand the use of air conditioning in senior care homes.

“I know lots of homes here in the Pacific Northwest don’t have air conditioning, and most of the year we don’t need it,” said Sen. Mark Mullet, a Democrat from Issaquah who sponsored the bill. “But our swings in weather are getting more extreme, and nowadays a lack of air conditioning can be fatal.”

Cline is a corps member for The Associated Press/Report for America Statehouse News Initiative. Report for America is a nonprofit national service program that places journalists in local newsrooms to report on undercovered issues.